Rapid Casting is a fast method for the production of functional prototypes in aluminium, magnesium and zink alloys. The method was originally developed within the Electrolux Group for rapid prototyping of cylinders for chain saws. We deliver these castings in cooperation with our partner, Alphaform RPI Oy.

The method of Rapid Casting is based on a SLS-pattern (Selective Laser Sintering) produced from a 3D-file. The pattern is formed into a plaster mould and after drying the mould the SLS-pattern is burned out, the molten aluminium can then be filled into the mould. The method is fast and makes it possible to cast, 1 to 10, parts with complex geometries 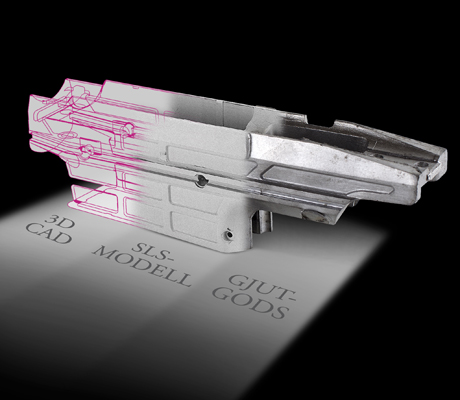